Move Your Butt, Grow Your Brain 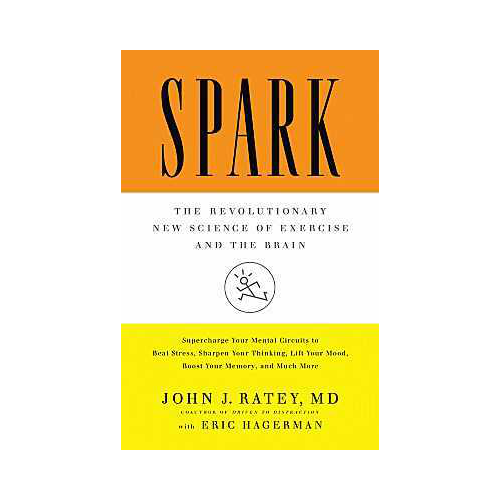 Students from Naperville, Illinois sure are smart.  In 1999 Naperville’s District 203 eighth graders scored sixth in math and first in the world in science in an international standards test called the TIMSS (Trends In International Mathematics and Science Study).  Some 230,000 students from around the world took the test, including 59,000 from the United States.

Naperville’s students are advantaged, of course.  Naperville is a moderately wealthy suburb whose parents are largely scientists and engineers.  Not so Titusville, Pennsylvania, though.  It’s a defunct industrial town of 6,000 near Pittsburgh and since 2000 their test scores have moved from well below the state average to 17% above it in reading and 18% in math.  What gives?  Something in the water?

Yes, if water in the form of sweat counts.  In Spark: The Revolutionary New Science of Exercise and the Brain, Dr. John J. Ratey, MD http://www.johnratey.com/newsite/index.html, describes how The Naperville and Titusville School District redesigned their Phys Ed systems to emphasize fitness, rather than sports.  Instead of the one mandatory PE class in freshman year, during which the majority of students try to shrink into invisibility so as to avoid ritual humiliation before their more physically gifted peers, everyone participates in what we’ve come to call “cardio”. Rather than being graded on perceived exertion or team spirit, the students’ actual heart rate is recorded using heart rate monitors, and their numbers are uploaded into a computer program that tracks their degree of exertion and its progression over time.  Anyone can earn an A by working to their personal best.

What does this have to do with test scores?  Something called Brain Derived Neurotrophic Factor (BDNF), also known as “Miracle Grow for the Brain.”  Vigorous exercise elevates BDNF levels throughout the brain.  In short, exercise encourages new neural connections in addition to increasing alertness and motivation. Increasing the complexity of the exercise through Pilates, martial arts or Yoga has added benefits.

The reason most (some?) of us are drawn to exercise is related to managing our weight. Let’s face it, we’re vain creatures and would love to preserve our girlish or boyish figures.  Naperville students got that, too.  Among one entire class of sophomores, only 3% of students in Naperville were overweight, compared to the national average of 30%,

So exercise makes you smarter and more svelte.  Anything else?  Yes, it seems. It’s been shown to reduce depression, stress, anxiety, and attention deficit disorder, and has done better than standard drug therapy in each of these conditions.

The program laid out by Dr. Ratey is as follows:

He made a special note about sprinting.  On two (and no more than two) of his cardio/aerobic days, he does 20 minutes of jogging, interspersing it with five sprints of 20 to 30 seconds each, at which time he runs as fast as he can.  In so doing, his “spare tire” vanished within a month of adding this to his exercise regime. Nothing else had worked, and as a fellow middle-aged sporter of a spare tire, this really caught my attention.

Why aren’t we all taking advantage of the miraculous properties of exercise?  Let’s venture a few guesses:

Well, maybe we need to reassess.  Smarter, slimmer and happier – that’s a lot of benefit for the effort involved. Yes, it’s a lot of work. It’s another job, really.  But if we can make it a habit, just like brushing our teeth, the effort becomes much more manageable.

Get the Habit.  That’s a whole new blog!