The Happy Get Happier, and the Miserable Get Miserabler 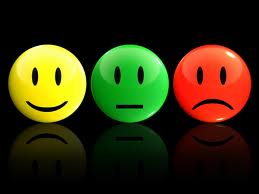 The holiday season is looming, and in many households the regular cast of characters is assembling.   True to form, the usual sunny-natured suspects will delight in the season and the Scrooge-like participants will not fail to disappoint with their sour demeanours and repressive comments.

Have you ever noticed how the happy get happier, and the miserable get more miserable?  It seems that there is some scientific validity to this anecdotal observation.   Chris Peterson, professor of psychology at the University of Michigan, sheds some light on this phenomenon in his article Savoring and Dampening Positive Feelings.

According to Fred Bryant and Joseph Veroff in their book, Savoring, the happiest among us do a lot of savouring.  We employ tactics to make the most of our positive feelings.  These range from happily anticipating future events, like planning an upcoming vacation, or relishing events as they are occurring by mindfully immersing ourselves in the experience in the here-and-now, or perhaps reminiscing about them after the event itself has passed, through reviewing photographs or discussing the experience with others.

Our more miserable brethren engage in dampening – literally deal with positive feelings by trying to feel worse.  Why on earth would anyone do this?  Researchers at the University of Waterloo have shed some light on this.  Apparently our tendency to savour or dampen is heavily directed by our desire to maintain a consistent view of ourselves.  Those with high self esteem, who like and value themselves, incorporate being happy within that self-image – it’s consistent with their experience in the world.  The reverse is true for people who neither like nor value themselves – the low self-esteem group.  They jettison happy feelings because they view being miserable as part of their self-image.

This sounds like another example of cognitive dissonance in action.  As described in an earlier blog, A Friend Remains a Friend, and a Mistake Remains a Mistake, cognitive dissonance is the psychological discomfort associated with holding two opposing ideas simultaneously.  And what do people tend to do when experiencing this discomfort?  You guessed it – they discard any and all evidence that doesn’t support the view they have chosen to uphold, preferring to cling to a singular outlook, regardless of its veracity or usefulness.

So a word to the miserable – maybe it’s time to expand your viewpoint.  Begin to savour the good times and incorporate the notion that good things do happen to miserable people.   You might even begin to like yourself a whole lot better.  It worked for Scrooge.