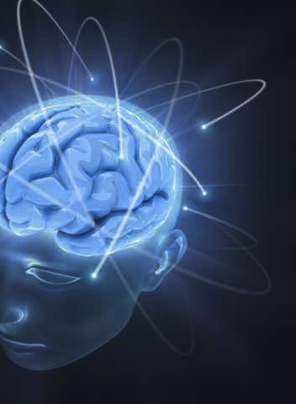 What if I told you it was possible to reduce anxiety and stress, improve attention, calmness and reactivity without medication or leaving the comfort of your own home? Sounds too good to be true? It isn’t. Those who practice meditation, particularly with a focus on mindfulness or compassion, have less anxiety and a greater ability to direct their attention than those who do not meditate. Not a new idea by any means, meditation is unbelievably effective in rewiring our brains.

Oh no, I can hear you groaning. I’ve tried meditation and I’m no good at it. Sitting in a room trying NOT to think of something? Doesn’t work for me.

That’s what I used to think, too. That’s because we’re both missing the point.

The purpose of meditation is not to keep thoughts out of our minds, any more than a pitcher’s job is to rid himself of the ball. Why does a pitcher practice? So he gets good at throwing a variety of pitches. Same with meditation. We do it to practice pitching, or redirecting, our thoughts in a variety of ways.

In The Heart of Buddhist Meditation, Buddhist monk Myanaponika Thera described mindfulness meditation as attending “just to the bare facts of a perception as presented either through the five physical senses or through the mind…without reacting to them by deed, speech or by mental comment.” In other words, by doing something different than what we normally do, which to is react to a thought in a habitual manner.

Essentially, meditation de-frags or “resets” the brain, by providing alternative neural pathways to the ones we usually follow, resulting in greater mental flexibility. Like water gushing out of an eavestrough, leaving a channel in the ground, our thoughts typically follow well-grooved paths. Meditation acts like a diffuser on the end of the eavestrough, so our thoughts can find a new course.

Mindfulness trains the brain in new forms of responding to thoughts and experience. Thinking about your list of unfinished tasks (pick up the dry cleaning, finish that report, call the teacher back) can quickly lead to a sense of overwhelm. Mindfulness training sends your thoughts down a new path. You can still consider all that you have to do, but without the feeling of being overwhelmed. From a brain stance, mindfulness training reroutes the thoughts produced by your frontal cortex from reaching the amygdala (the brain’s panic button). What used to be a stressful experience no longer triggers anxiety or fear.

While it might be desirable to spend most of our time at the Positive end of Outlook, for example, having the mental agility to also consider the downside can keep us from being blind to the consequences of too much optimism, such as using lottery tickets as a retirement planning strategy.

Meditation is effective in providing relief even in more entrenched brain circuitry, such as is the case with people struggling with Obsessive Compulsive Disorder (OCD), by resetting the overactive “worry” circuit in their brains. It takes time and practice, but through meditation they can reappraise impulses to, say, repeatedly check the door or wash their hands as “Oh, my faulty OCD circuit is giving another message.“ They are then able to resist the OCD messages to the point that the disease no longer controls them.

So consider (or reconsider!) meditation. Here are some resources:
• Mindfulness Based Stress Reduction (MBSR) is an 8-week course in mindfulness developed by Jon Kabat-Zinn of Univeristy of Massachusetts Medical School.
• Instructional CDs by Jon Kabat-Zinn or Sharon Salzberg

In the coming weeks, we will be providing access to an online version of the questionnaire from The Emotional Life of Your Brain by Richard Davidson, so you can see where you score on each of the six Dimensions