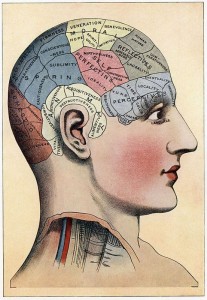 Sue is excited to go to the cocktail party.  She knows only a few others who will be attending, but she’s confident she’ll find some interesting people to talk to – she always does!  Full of energy and confidence, she has a strong sense of connection with her surroundings, be it the physical or social environment.  She’s almost always in a good mood.

Gus is also going to the party, though he’s dragging his feet. When he first received the invitation, he felt a spurt of enthusiasm, but it quickly dissipated.  That happens a lot, even with things he enjoys, like watching a ballgame.  The first few minutes are great, but then things just seem to feel flat.  His friends call him “Gloomy Gus”.

Sue and Gus inhabit different ends of the Outlook Dimension according to Dr. Richard Davidson’s book, The Emotional Life of Your Brain.  Outlook reflects how long and well we are able to sustain positive emotions.  People like Sue, whose positive mood lingers, tend to be Optimistic.  Gus, whose moments of joy are fleeting, feels chronically pessimistic and down.  He has a lot in common with Eeyore.

What is happening in their respective brains?  At the Positive end of the dimension, brain circuits associated with positive emotion stay active for much longer than those who inhabit the negative end.  A region in the PFC called the middle prefrontal gyrus (involved in planning and goal-directed behavior) is connected to the nucleus accumbens.  Those with Negative outlook show a sharp dropoff in activity between the two areas after experiencing a pleasurable event.  It seems the connection from the PFC is faulty, kind of like a wireless internet connection that keeps dropping the signal.  The modem keeps pumping out the signal, but the computer fails to connect to the internet.

People at the Negative end of the Outlook spectrum have a lot of difficulty maintaining positive feelings. They’re of the “blink and you’ll miss it” school.  As such, they’re at risk for clinical depression or addiction, or both.  They have difficulty maintaining motivation, and assume that nothing good will come out of anything, so they risk giving up on love, work and life in general.

It’s also possible to suffer from an excess of Positive Outlook.  Those individuals have trouble delaying gratification in order to achieve more distant goals, and may not learn readily from their mistakes.  They can have difficulty sizing up situations realistically, leading to unwise decisions.  They are also more likely to engage in risky behaviors such as excessive alcohol consumption, binge eating and drug abuse.

Similar to Resilience, our Outlook about trivial events is highly correlated and predictive of our Outlook for momentous ones.  If big things make you excited, so will little pleasures.  Conversely, if you can’t maintain joy at the thought of small events, life’s big ones, like marriages, births and promotions, will also quickly leave you feeling flat.

Shift Left.  As noted with Resilience, people with higher activity in their left vs right prefrontal cortex (PFC) have a greater sense of well-being and contentment.  They also score higher on something called behavioural activation, or approach motivation.  Those with higher activity in their right vs left PFC score higher on behavioural inhibition, or the tendency to shut down in the face of adversity.

To move toward the Positive End of the Outlook Dimension

To move toward the Negative end of the dimension.