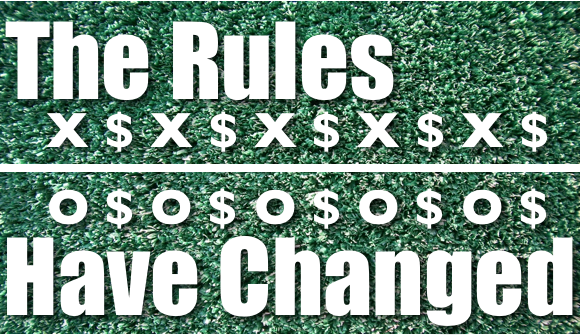 Does thinking about money make your stomach clench? When your spouse mentions your credit card balance, do you change the topic as quickly as possible? Is money the main thing you and your better half fight about? Want to change that? Read on.

In my former life as an investment counsellor & portfolio manager, I looked after the financial affairs of wealthy individuals. Somewhat to my surprise, I also found myself spending time advising the children of these same clients, on very different issues – like how to get control of their finances. Tired of bailing them out from under a load of student and/or consumer debt, the parents clucked their tongues in dismay and exasperation: What was with this generation? Wasn’t it obvious? Spend less and save more!

What was going on? The “kids”, more often than not, were intelligent, highly educated individuals. Well-versed in the intricacies of Excel spreadsheets and online banking, they had more financial information at their fingertips than anyone could have imagined or hoped for a few short years ago. Clearly they weren’t suffering from a lack of data or facility with numbers. So what was going on?

At some level, I was as mystified as the parents. My expertise was in managing money that had already been accumulated. Information and advice abounds on that topic. When I started searching around for ways to help the financially challenged, however, I found that there was very little on the topic of How To Get From Point A – Few or negative assets (debt) to Point B Lots of assets and no debt. Digging further, I discovered All Your Worth by Elizabeth Warren and Amelia Warren Tyagi , a mother and daughter team. It’s a wonderful, very readable book, and I highly recommend it. A lot of what we cover in the next few blog posts is from the book, so if you’d like a quick-and-dirty summary of the concepts, here goes.

What Mum & Dad Never Told You (most likely because they didn’t know): The Rules Have Changed.

That Was Then. If your parents earned a middle-class income, odds were good they could afford a middle-class home without too much financial pain, and they could do it on one salary. The period immediately following WWII was a time of unprecedented economic activity driven by pent up demand. Much of the “physical plant” of Europe had been destroyed, so a lot of the manufacturing needed in the post-war era was done in North America. If you wanted a job, you got one.

Also at that time, banks were very wary in their lending practices, due to strict government regulation of the financial industry. The amount of interest that could be charged was tightly limited, so banks had to be very careful about how much they lent to whom. If they said you could afford a mortgage of “x”, you could be darned sure you could afford it. They weren’t taking any chances. There was no such thing as a “zero down mortgage”; no gleeful encouragement to “cash out your home equity” and no ads for big-ticket items “with no money down, no payments ‘till August”. Most significantly, general purpose credit cards were largely unheard of. People paid cash. To determine if they could afford something, they simply opened their wallets and looked. No tickie, no laundry.

In other words, my friends, the previous generation was not more virtuous, thriftier or “more in touch with what matters”. They simply didn’t have the credit facilities to get in over their heads.

This is Now. Sometime in the 1970s, a change in legislation lifted the interest rate ceiling on what banks could charge on loans & credit cards. This was a game changer. After all, if banks could charge 24% interest on unpaid balances, it certainly made up for an awful lot of people who defaulted on credit cards, and now everyone one has one (or two, or three)…

Debt was “repackaged’ to seem like an advantage. Suddenly you were somebody if you had a big credit card limit. “Maxing Out” became fashionable, and the Shopaholic was born.

Today, banks are happy to help you take on the largest mortgage possible. No longer can you count on them to tell you what you can afford.

So there you have it. A huge change in what was possible in two short generations. This is not to let us off the hook. Not by a long shot. I tell you all this because misinformation or ineptitude in handling money is one of the greatest sources of shame imaginable. It goes right to the heart of Don’t Have Enough, Not Good Enough. Struggling under a cloud of debt is not fun. Failing to know what you can afford and what you can’t is unpleasant and confusing. But it doesn’t have to be like that.

There is another way. Each of us must create our own structure, and serve as our own credit control board. It can be done, and it’s a lot simpler than you might imagine.

In the coming weeks, we will propose some guidelines to help you craft a system you can live with, that plays to your Positive Core, and within which you can live.

Next up: The Rules of Money Blog #2 – What You Can Afford Made Easy