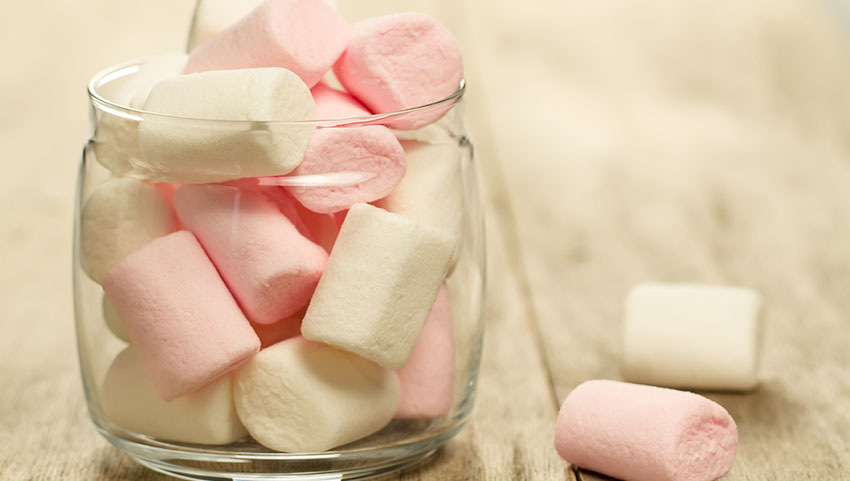 When you think about yourself today and sometime in the future, which of the circle pairs below best depicts how you see yourself?

Second question – how are those New Year’s resolutions going? I ask because a Walter Mischel, of The Marshmallow Test: Mastering Self-Control, sees a strong correlation between our level of self-control and the degree of overlap we see between our current self and our future selves. Why? Because the more distant and misty our view of our future, the more we avoid doing those things that require some short-term pain for long-term gain. Like saving for our retirement, exercising and passing up yummy deserts.

We even have an internal calculation for it, according to David Laibson, a Harvard University Economics Professor. If we can put something off beyond today (tomorrow, next week or “someday”), we mentally cut the impact by half.

Let’s take a common one – exercise. We all know we should do it and on January 1 we vowed to start today! But when push comes to shove – I need to actually put on my running shoes and get to the gym, we do a rapid, largely unconscious mental calculation that goes something like this: I’ll give my workout a -6 for pain today, and it’ll give the long-term health benefit a +8. But I won’t be healthier and fitter today, that’ll be in the future, so it’s only worth +4. My net is -2. Ugh.

BUT, if I put off going to the gym until tomorrow, both the benefit and the pain are in the future, so going to the gym goes down to a -3, the long-term health benefit is still +4. Net is +1. No brainer – I’ll go tomorrow.

So how do we overcome this?

We have to find ways to make the future more real to us.

Walter Mischel was an enthusiastic smoker, and like many of us, denied its grip on his life until one day he found himself smoking his pipe in the shower. Hmmm. The real turning point, however, was seeing a man on a gurney in a hospital corridor, with green “x’s” scattered over his head and chest – marks for the tumors where radiation was to be applied. That brought the future sharply into the present. He promptly did several things: made public commitments to his students and co-workers to quit smoking, made a deal with his three-year old daughter to stop sucking his pipe if she would stop sucking her thumb, and he stuck his head into a can of stale cigarette butts and pipe debris whenever the craving to smoke came over him. The result? He no longer smokes.

We all have a two-brain system. Our hot system is our primitive, emotional brain and it is heavily biased towards the here and now. It takes full account of immediate benefits and is not much interested in future rewards. Our cool system is the cognitive, complex and reflective brain, which helps us with future-oriented decisions and self-control efforts – commonly called our Executive Function. This is the part that makes us distinctly human. We need to balance both systems to achieve our longer-term priorities like a comfortable retirement and a healthy, fit body. We need to heat up the cool and cool down the hot.

Self-control, or willpower, is a skill that can be learned. That was the real take away from the marshmallow experiments performed in the 1960s at Stanford University, in which a succession of five year olds were given the option of one treat now, or waiting 20 minutes to get two treats. Yes, undoubtedly some of us are born with a greater propensity for self-control, but that capacity can be expanded. Five year-olds showed rapid gains in their ability to wait for the second treat using a few simple tricks such as seeing the marshmallow as a picture and putting a frame around it in their minds. “You can’t eat a picture” said one little girl, who was originally able to wait only one minute, and increased her delay to 15 minutes using this technique.

The Marshmallow Test: Mastering Self-Control is full of suggestions on how we can do this, but the clincher is whether or not we want to. And the key to motivation is transforming our fuzzy dreams of a better future into a sharp picture for today. Heat up the cool, cool down the hot.