Never Miss A Good Opportunity To Shut Up 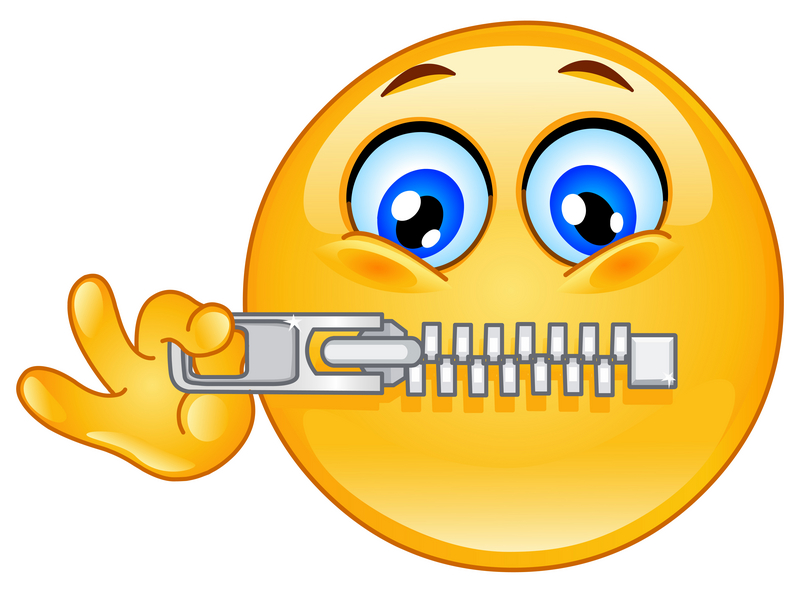 Today’s question:  What is the key to harmonious relationships?

John Gottman, relationship expert, suggests that the ratio of positive to negative remarks and interactions has a lot to do with it.  Five-to-one is the recommended dosage for a sustainable, happy marriage.  If you’re interested, you can see Dr. Gottman in action here.

For every snarky remark or petty fight, happy couples enjoy five expressions of affection, support, and genuine interest.  It seems that our negative interactions pack a lot more punch, requiring several times the number of offsetting positive experiences to dilute them.  Divorcing couples were found to have a positive to negative ratio of 4:5; for every four positive interactions, they had five negative ones. Ouch.

There are at least a couple of ways to shift the balance of negative to positive interactions. Increasing the number of positive occurrences is the first one most of us leap on. We resolve to go out of our way to find things on which to genuinely compliment our spouse, colleague or child. We determine to ask how their presentation went, and listen attentively. We will thank them for shoveling the driveway, unjamming the photocopier, and emptying the dishwasher. Absolutely. I’ll get right on that, along with the other zillion things on my daily to-do list.  And for just how many people do I have to keep track of this?

Sound like a lot of work? There is an alternative. We can learn to shut up. The criticisms we don’t make, the disputes we don’t allow to escalate, and the clever rejoinders we leave unspoken, actually shift the ratio a lot faster, with perhaps significantly less effort. Remember, the key is the ratio – not the absolute number.

This concept of an optimal ratio has been confirmed in Barbara Fredrickson’s work on Positivity and by Marcial Losada, in his work on effective teams, as we described in an earlier blog, Flounder Or Flourish.  For humans and organizations to flourish, we need a minimum ratio of 3:1.

Raised in a household where verbal annihilation was a blood sport, and dispute resolution followed a scorched earth policy, I was slow to see the benefits of silence, much to my later profound regret. Until more recently than I care to admit, I aspired to be Queen of the Snappy Comeback. Big mistake. While I am still very unlikely ever to be identified as  “Most Diplomatic”, in spite of best efforts, simply zipping it has helped a lot. Silence is indeed golden.

By all means, do more positive things. But if you go that route, for heaven’s sake, mean it. Nothing sets off the buzzer on our insincerity meters faster than a manufactured, syrupy compliment or half-baked attention. Worse yet, I’m betting it registers with the recipient as a negative, not a positive.

If you want to shift the needle faster, the key may be to never miss a good opportunity to shut up. There’s a reason for the adage, “If you can’t say something nice, don’t say anything at all.” and it’s been around a lot longer than Dr. Gottman.