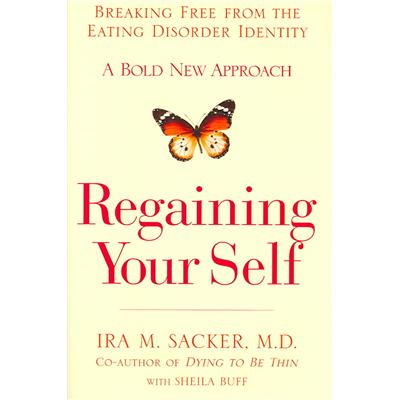 Laura, a young friend of mine, died a month ago, ending a six year struggle with anorexia nervosa.  The funeral was one for the memory bank, filed under Unforgettable, Heartbreaking.  Her former baseball coach, her pastor, and searingly, her father, all spoke movingly of the girl whose exceptional talents and vibrant personality gradually dimmed as the illness increased its inexorable grip on her psyche and body.  They spoke eloquently of  the now-all-too-familiar characteristics of one whose life had been captured by this frightening and baffling disorder:  high standards of achievement and relentless perfectionism.

I have little doubt that every person in that church went home that day and hugged their loved ones, especially their teenage daughters, all the while wondering, What happened here?  What turned an extraordinary young person, from a family everyone characterised as “The Cleavers”, with her whole life in front of her, into the faint shadow of herself that remained at the end?

In his book “Regaining Yourself”, Ira Sacker, M.D. explains how the unholy trinity of perfectionism, internal and external anxiety, and obsessive compulsive disorder (OCD) form the perfect storm for a vulnerable person.  The progression seems to start with anxiety, which is at first soothed by perceived control over the intake of food.  This false sense of control grows, aided and abetted by perfectionism and becomes a compulsion or obsession, ultimately solidifying into the identity of a person with an eating disorder, and this identity proves exceedingly hard to refashion.

We have  come to understand that while our bodies complete their growth stage by the late-teens, the human brain doesn’t finish fully forming until our mid-twenties.  Under the best of circumstances, the teenage brain is a construction site, whose last phases of composition include the reasoning pathways to better cope with anxiety.  As we mature, we gradually shift from relying on our instinctive (lower brain) responses to employing the cognitive regions.  Our wisdom develops and we learn how better to stay calm in stressful situations. With persons suffering from an eating disorder, severe weight fluctuations compound the complexity by causing further disruptions in brain chemistry and metabolism.  And counter-intuitively, semi-starvation reinforces the restricting behaviour by creating a natural high.

Judith Rich Harris, in “No Two Alike”,  proposes that the socialization contributing to the formation of our identity is carried out through three separate, and sometimes conflicting, modules in our brain.  The most complex, and last to develop, is the status module, which kicks in during our teen years.  Sexist as this may sound, boys tend to judge themselves on their athletic prowess and girls on their looks and their social connections.  I’ve heard this described with boys as “who’s up/who’s down” and with girls as “who’s in/who’s out”.  We calculate our status relative to others based on an average of the group against whom we measure ourselves.  As we all recognize with teenagers, that group comprises their peers and others they deem worthy of esteem, a list that often does not include their parents and relatives, for fear of contamination-by-bias.  High-status people get a greater weighting in the average. Until about 100 years ago, we rarely ventured far from our place of birth, so our comparison group was fairly limited and usually included only real people.  The human brain does not distinguish between people we have actually met and those whom we have merely seen, explaining our appetite for celebrity gossip and a viable career for the paparazzi.  With digital imagery and the internet, the group to whom we compare ourselves is now highly skewed towards the likes of Angelina Jolie and Jennifer Aniston, all digitally enhanced to non-attainable perfection.  Dr. Sacker has worked with people with eating disorders since the early 1970s, before which they were virtually unheard of. It’s likely not a coincidence that televisions and their glossy images entered the average living room in the mid fifties, in time to usher in the era of eating disorders among teenagers a decade and a half later.

What can we do if we someone we love is in the grip of an eating disorder?  First and foremost, take the disorder seriously.  Anorexia nervosa has the highest mortality rate of any psychiatric disorder among teenage females, reported to be anywhere between 4 and 18%. The likelihood of successful treatment appears to diminish with each relapse, so the earlier effective treatment begins, the better.

In terms of resources, The Maudsley Approach is a family therapy devised by Christopher Dare and colleagues at the Maudsley Hospital in London in 1985. An evidenced-based approach to the treatment of Anorexia and Bulimia Nervosa, its efficacy has been supported by empirical research.  Family therapy has been found to be the most efficient approach in patients under 18 and within 3 years of the onset of their illness. Conversely, individual therapy was found to be more efficient in patients over 18. More information is available at Maudsley Parents and Eating Disorder.

My heart aches for Laura’s family and friends, who did everything in their power to thwart the deadly progression of her eating disorder.  We can only hope that Laura is at last at peace, and that ongoing research and increased awareness will help others like Laura have long and fulfilling lives.