The Rules of Money Blog #4 – When The Balance Is Unbalanced 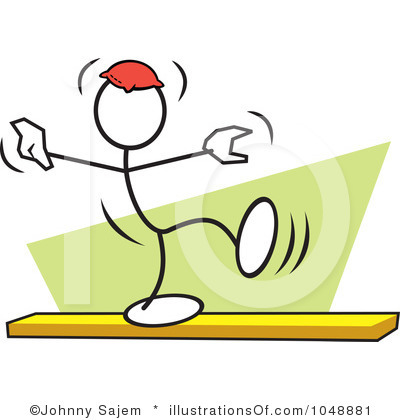 You’ve done your homework, filled out the spreadsheets, and your Financial Balance is anything but.

Perhaps the Must Haves, (your minimum contractual financial obligations) are taking a disproportionate chunk of your income. Maybe it’s too much house, car, student or credit card debt. Whatever the cause, it seems like too much everything!

Or you’ve never Saved a dime. What’s the point? You’re too busy juggling today to think about tomorrow.

Maybe it’s your Wants that are way out of whack. You’ve never seen a sale you didn’t like and every credit card is maxed out.

First off, take a deep breath. You aren’t the first person and you certainly won’t be the last to find yourself in this predicament. Whatever your numbers, they are only numbers. It is not a reflection of your personal worth. It may seem like it, but truly, it isn’t.

Financial Balance isn’t about perfection. Especially in one fell swoop. It’s about progress. Perhaps you’ve signed on for a bunch of debt that can’t be renegotiated right now. Or you’ve committed to pick up your share for Dad’s 70th birthday celebration, and that still has to be paid for. Until now, you’ve just muddled along. It may not be the best choice, but you’re really not up for a complete financial life overhaul.

Hang on a minute. Let’s not get ahead of ourselves. With the Financial Balance approach, it’s not about nitpicking on every last expenditure. It’s about getting things lined up in the right direction for a sustainable future.

She was well over in both Must Haves and Wants, with Savings taking the hit.

The big-ticket items in her Must Haves were Rent and Student Loan payments. After graduating from college with a degree in Economics, she had been lucky enough to land a job in her field. The first thing she did was rent a one-bedroom apartment in the heart of the financial district, complete with all the amenities including a gym and concierge services.

“No more slumming it in student housing for me!” She declared. “I’ve worked hard, and I love being downtown, right in the thick of things.”

At first, Jill was a bit defensive, listing all the reasons she couldn’t possibly make any changes, and furthermore, why she shouldn’t have to. She’d had to put herself through school, so it wasn’t her fault that she had all this debt. She was enjoying her apartment, and its proximity to her job allowed her to walk to work, saving on transportation and giving her some much needed downtime & exercise at the end of the day. Besides, she reasoned, at 26 she was way too young to be worrying about savings. She had years and years before she had to begin planning her retirement.

Despite Jill’s degree in Economics, she had little notion of the impact of compound interest. Together we pulled up a loan calculator on the Internet and ran some numbers. She was somewhat surprised to see that by making the minimum payment, her student debt would not be paid off for 14 years.

“That’s an example of where the magic of compounding is working against you.” I commented. “Let’s take a look at one where it might work in your favour. Einstein called it the eighth wonder of the world for a reason.”

“OK. I’m sold.” Jill said. “Whoever would have thought that starting early would make such a difference in the savings department? And why don’t they tell you that those student loans are going to take forever to get rid of with the minimum payment? Let’s take another look at those numbers and see what can be done. But I don’t want to be nickel and diming myself, having to keep track of every little purchase I make. What will make the biggest difference, with the smallest amount of aggravation?”

With those changes in place, her Financial Balance numbers moved to:

They still weren’t “dead on”, but she was much closer to a sustainable spending pattern. Each month her debts were shrinking, and her long-term savings were building. What’s more, she really enjoyed the sense of freedom she gained from facing her financial demons.

“It was kind of scary at first.” Jill admitted. “Who wants to lay all that bare for someone to pick over, and tell you what you’re doing wrong? I felt like I was finally in charge of my life after being in school for so long, and didn’t want anyone telling me what to do. But now, I really feel much more in control of things. No more sticking my head in the sand over money. It isn’t half as complicated or painful as I thought it would be.”